Expose the Lies: a webinar hosted by the COINTELPRO Full Disclosure Coalition to Pass HR-2998 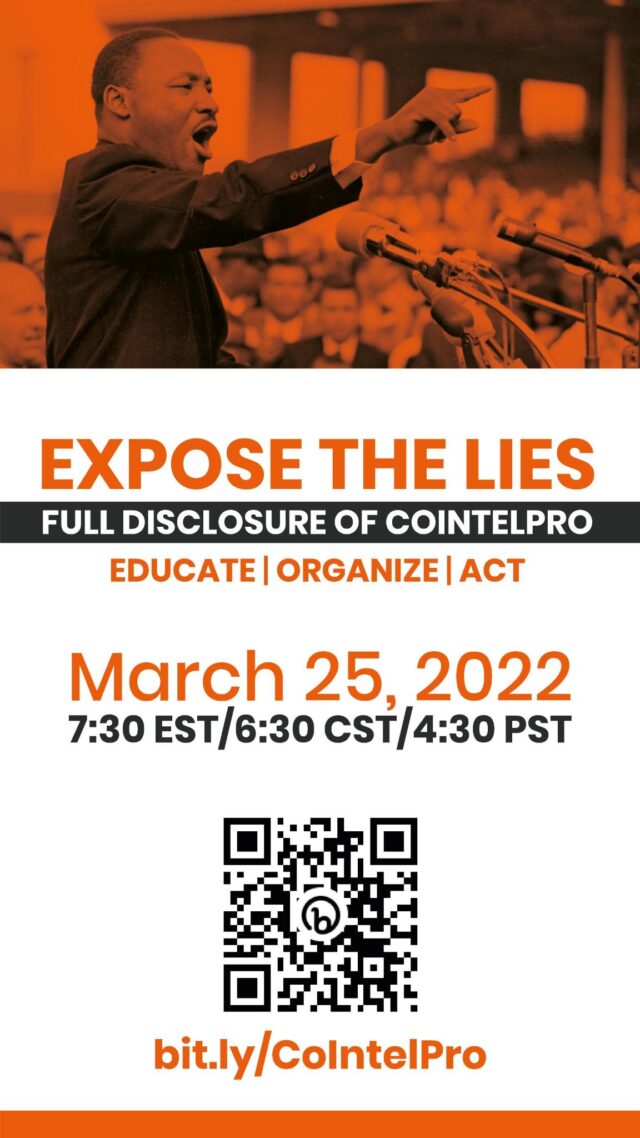 Today those labeled by the FBI as Black Identity Extremists, face threats much as did yesterday’s Martin, Malcolm, and the political prisoners of the Black Liberation and Anti-War Movements.

You are invited to join a 90 minute webinar “Expose The Lies”’ on March 25th, 7:30 pm Eastern Daylight time., sponsored by the COINTELPRO Full Disclosure Coalition to pass HR-2998.

Millions of pages document the disruption, lies, murder, surveillance and harassment by U.S. law enforcement of Constitutionally protected community organizing. Like the murder of Breonna Taylor, a Louisville paramedic shot in her bed or George Floyd, a loving father in Minneapolis who could not breathe, none of us are safe.

Register for this event at  https://bit.ly/CoIntelPro

Here Robin Harris of the Florida Green Party, and cochair of the party’s National Black Caucus interviews Georgia Green Party co-chairman David Josue.  For further information be sure to checkout materials being posted regularly on the state party’s profile on… END_OF_DOCUMENT_TOKEN_TO_BE_REPLACED 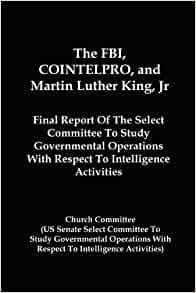 The FBI’s COINTELPRO remains one of the darkest chapters in our nation’s history. For decades, the FBI carried out covert actions and dirty tricks against social movements. COINTELPRO (Counter Intelligence Program) included among the program’s many targets, organizations such as the Southern Christian Leadership Conference, the anti-Vietnam War movement, and individuals such as Martin Luther King, Jr, as well as local, state, and federal elected officials.

Write and Call Congress,
Use this Tool to do so Now

There’s a bill in Congress that will open up the FBI’s files.  HR 2998 would require full, public release of the FBI’s COINTELPRO files. This historic bill is an important step to reconciling with the FBI’s continued legacy of undemocratic abuses of power.

Please help us make history and expose FBI dirty tricks. Please write your member of Congress today to ask them to support this bill and to support efforts to broaden it to cover the full scope of FBI files.